Written and Story-boarded by

Oscar and Hedgehog arrive on a planet that has no emotions.

Oscar and Hedgehog wake up on their bed while traveling through warp space landing on an alien planet. The king of the aliens explains that somebody is taking all the emotions and is not expressing them for other people to use. They decided to put Oscar and Hedgehog in a machine that will drain out all their emotions and not be able to be friends anymore but, Oscar says he isn't done with being friends with Hedgehog, so Hedgehog reasons with him and they agree to let them with Puddle (another alien) to find the hoarder using the Emo-meter, a device, when pointed to something, shows the person's how emotional they are. After looking for the hoarder for a long time, it leads them to a fountain which used to be the most popular place on the planet but since they were no more emotions, nobody comes here anymore and Puddle starts acting weird. At Puddle's home, Hedgehog realizes that he's the emotion hoarder. Oscar and Hedgehog start snooping around and finds a box full of mixtapes that are for the king. Hedgehog assumes that Puddle is hoarding the emotions to take over the planet but Puddle reveals that he loves the king but doesn't want to tell him that because, If he doesn't love him back, he wouldn't hang out with him anymore. Oscar tells Puddle that "it's worth the risk being honest about what you love." They come back to the castle planning that Puddle will tell the king how he feels but gets shy and put Oscar and Hedgehog back into the machine telling them to trust him. After the king makes a speech, Oscar tells him it's time but Puddle's shyness thinks he meant to pull the switch. he almost pulls it until Oscar interrupts him by saying that he loves Hedgehog. This inspires Puddle to sing one of his mixtapes and restores the emotions on the planet, saving Oscar and Hedgehog. 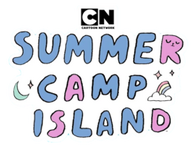 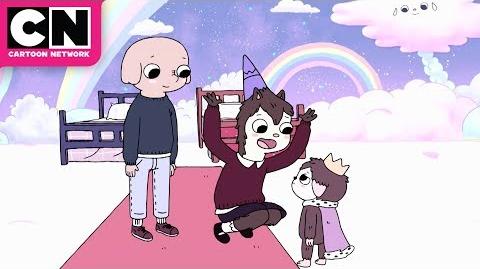 Retrieved from "https://cnsummercampisland.fandom.com/wiki/Feeling_Spacey?oldid=16050"
Community content is available under CC-BY-SA unless otherwise noted.